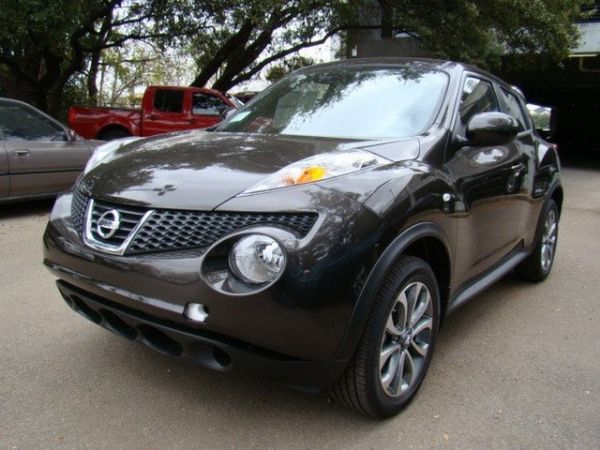 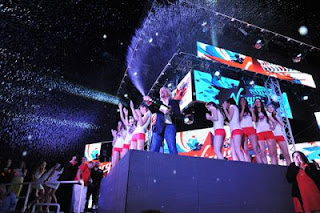 Date: Saturday, May 18, 2013
By: Beckie Strum
Source: The Daily Star
BEIRUT: Creator of the Virgin Group empire Sir Richard Branson joined more than 1,700 revelers this week in Beirut’s White nightclub to launch 89.5 FM Virgin Radio.
Flanked by rows of high-heeled models, Branson toasted the opening of the top 40 radio station with a massive bottle of champagne.
But beyond the fanfare, the official launch Wednesday of Virgin Radio promised a major win for the country’s pop music lovers, who can look forward to concerts and potential music festivals promoted by the station.

Virgin Radio Lebanon will be the only Virgin station in the Levant and the second in an Arabic-speaking country after Dubai. Businesswise, the opening is seen as an encouraging show of faith in the country, despite Lebanon’s embattled economic and political situation.
“When countries are having difficulties, that’s the time for other countries to support them and inv…
Post a Comment
Read more 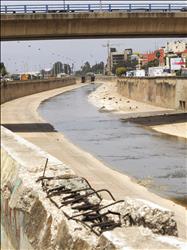 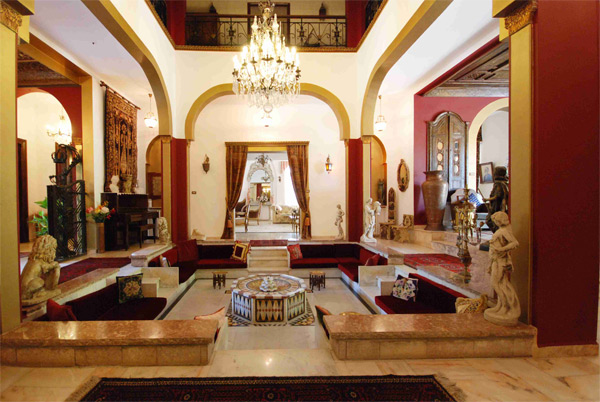 On a hill mantled with olive groves, overlooking Tripoli and its blue coast you find the enchanting Château des Oliviers. Upon entering, you step into a combination of old and new, East and West, where dream and reality blend harmoniously into one.

Greeting you at the entrance is a bronze statue of a Medieval Soldier-at-Arms. From there you enter into a succession of salons designed in French, English, Chinese, Spanish Ottoman and Oriental styles. The latter is furnished in a style that will transport you in the era o…
Post a Comment
Read more 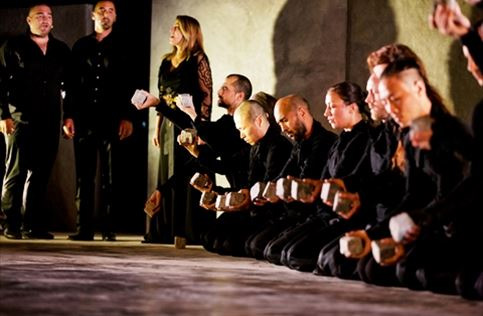 Friday August 30th201320:00Contemporary dance Choreography : Sidi Larbi Cherkaoui Production: Eastman Singers: Fadia Tomb el Hage, Kazunari Abe and "A Filetta", Corsican polyphonic group Sidi Larbi Cherkaoui is the symbol of European contemporary dance worldwide. A successful choreographer, (remember Babel in Beiteddine in 2011) Cherkaoui first presented Puz/zle at the Avignon Festival in 2012 and is now touring across the world. In this work, Cherkaoui attempts to seek the role of mankind within the world’s puzzle and continues his exploration of identity, religion, culture and emotion. He not only works with the best dancers but also with the most talented musicians. As such, the show includes Japanese musician Kazunari Abe, the famous Corsican polyphonic singing group "A Filetta" as well as the powerful voice of Lebanese soprano Fadia Tomb El-Hage. Singers and dancers take part in an amazing composition tackling the theme of the stone.
Bacchus temple StepsBallabe…
Post a Comment
Read more 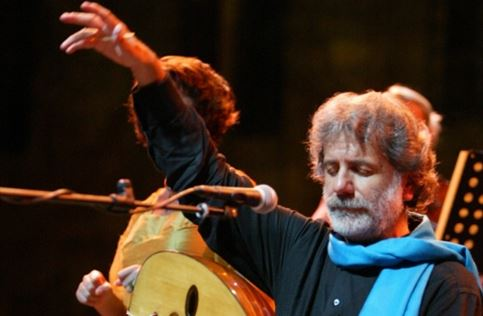 Saturday August 24th201320:00Marcel Khalifé is an iconic Lebanese composer, oud master and singer. He has performed in prestigious halls in Montreal, New York, Boston, Washington DC, London, Egypt, Paris, Italy, etc... Marcel Khalife's works has been critically acclaimed both in the Arab World and worldwide. His creativity and innovations alongside his educational and humanitarian concerns and his contributions to the promotion of Arts and Culture in the Arab World has earned him ten awards in the Arab World and internationally. At Baalbek, he will perform two concerts, accompanied by his oud, and interpret all his classics in the intimate setting of the Acropolis. Bacchus temple I 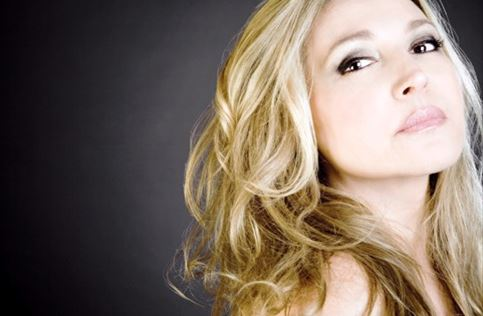 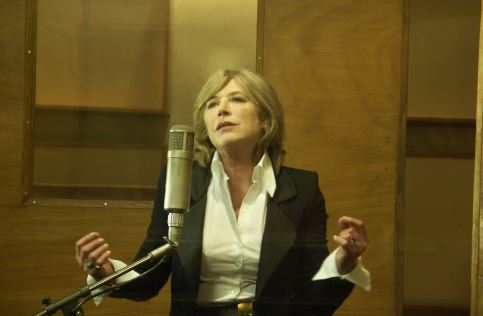 Saturday August 17th 2013|20:00Marianne Faithful, rock muse of the 20th century, is an icon that continues to make a significant mark in the history of pop music. Discovered at the age of 17 by the producer of the Rolling Stones - who invited her to interpret Mick Jagger and Keith Richards’ first composition As Tears Go By - the beautiful British blonde, whose hoarse voice and eventful life made her famous in Swinging London, has also collaborated with acclaimed musicians such as Serge Gainsbourg, David Bowie, Metallica and Nick Cave. Her successful latest album Horses and High Heels was released in 2011. On stage, this living legend will perform several songs by the Rolling Stones including Sister Morphine and other famous hits that the audience is looking forward to, such as The Ballad of Lucy Jordan and Broken English. Bacchus temple StepsBallabek City, Lebanon+961 1 373150 Tickets:
180,000
135,000
112,500
67,500 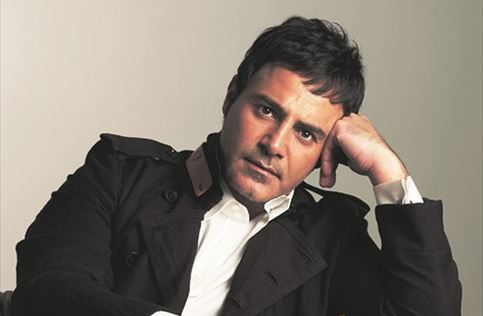 Friday August 9th 2013|20:00Assi ... El Helm, a musical and theatrical concert.
Renowned Lebanese singer Assi Hellani returns to the majestic temples with a colorful concert accompanied by an orchestra, a choir, magnificent dancers but also beautiful visuals. He has participated in many important musical events including the Jerash and Carthage Festivals and has toured extensively across Europe, the Arab world and the United States. Established as a major star in the region, he has so far released 13 studio albums. At Baalbelk, Assi Hellani will perform a varied repertoire and will interpret his most popular songs such as Halit Kalbi , Jan jnouni , Bab 3am yibki , Sa'alouni, Ma li sabir… as well as a new song dedicated to Baalbek. Steps of Bacchus templeBallabek City, Lebanon+961 1 373150 Tickets: 225,000
180,000
112,500
75,000
52,500

The magic of the one thousand day and night, at beiteddine festival 2013 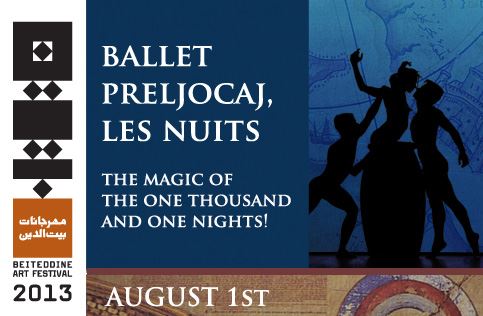