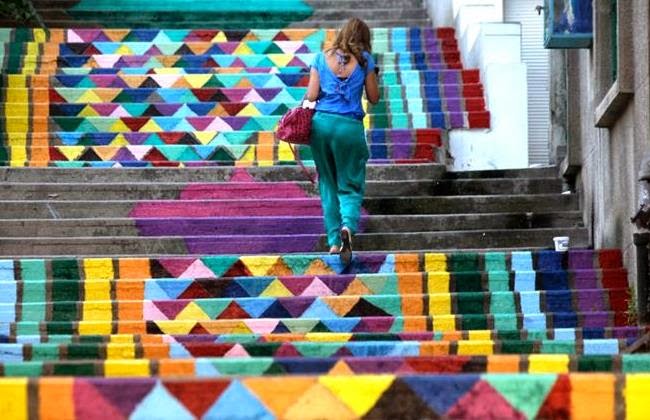 Date: Monday, January 19, 2015By: The Daily StarSource:The Daily Star
BEIRUT: The colorful steps in the Mar Mikhael neighborhood have been featured among the nine most creative staircases around the world by Vogue magazine.
It was included in "Step Right Up: 9 Amazing Staircases from Around the World," along with others in London, France's Angers, Rio de Janeiro, Arkansas, Sicily,San Franciscoand Seoul.
"Staircases are normally considered simple, at times inconvenient, pathways," Vogue wrote.
"A handful of artists, though, have experimented with transforming them into alluring art installations," it added.
"From beautiful flower arrangements populating steps in Sicily to the downright bizarre 'Hairy Staircase' in Arkansas, here is a look at the most wonderful sets from around the world." The stairs in Mar Mikhael, painted with vibrant geometric shapes and patterns, are the brainchild of Dihzahyners (pronounced "Designers"),…
Post a Comment
Read more
More posts