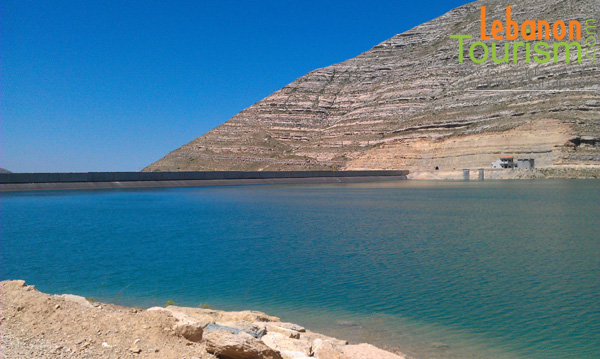 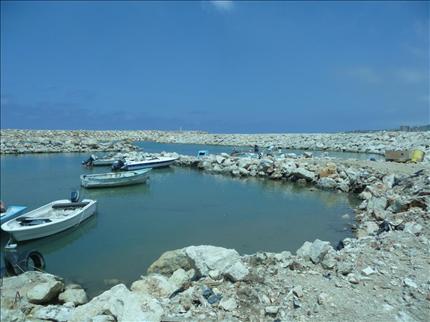 Sun, sea and plenty of luxury 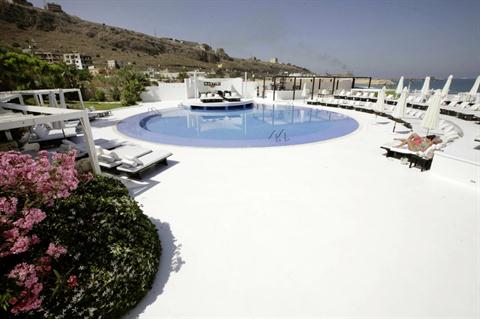 
BEIRUT: Lebanon’s upmarket beach clubs are as much a part of the national character as its mountains, its cedars and its tire burning. You won’t find all of Lebanon in them, but you will find a certain section of society that is as Lebanese as it comes, in its own way.
For a classic luxury tanning session, head to Beirut’s Riviera, a resort that is a slice of Lebanon’s folklore, one of the places to be seen if you were part of the stylish set in the ’50s and ’60s.
Where some resorts go for natural glamour, Riviera’s style is all bling. Admire your fellow tanners’ suspiciously impressive assets as waiters cater to your every need. When you get bored, head to the private Jacuzzi area.
With its central location, glamorous reputation and in-water bar, Riviera has been described as SkyBar on water. No kids allowed.
…
Post a Comment
Read more 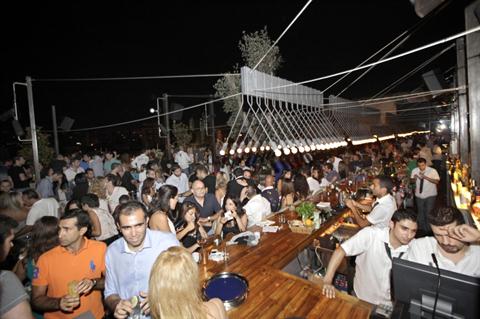 Date: Saturday, June 02, 2012
By: Niamh Fleming-Farrell
Source: The Daily Star
More Articles, [click here]
BEIRUT: Hot-tempered drivers, overheating pedestrians, dust, sweat: The summer is only set to intensify a plethora of irritants on the streets of Beirut. So, what do wily residents of the capital do? They rise above it all and take to the rooftops.
The infamous SkyBar may have yet to join the fray – it opens June 14 – but across the city, rain covers have been removed, furniture dusted off, lights strung and rooftop bars reopened for the summer season.
The Daily Star has progressively ascended the Beirut skyline to compile a list of the best spots for relaxing drinks, snacks and views.

Coop d’etat
Pasteur Street, Gemmayzeh
Atop the three-story Saifi Urban Gardens hostel, Coop d’etat, which opened in 2010, may be one of Beirut’s lowest rooftop bars, but this unique establishment has endeared itself to travelers and locals alike.
…
Post a Comment
Read more 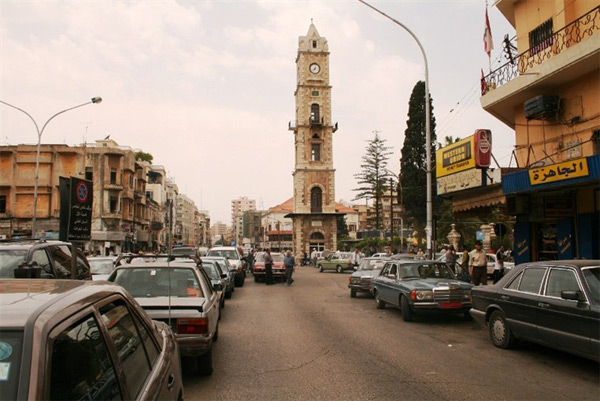 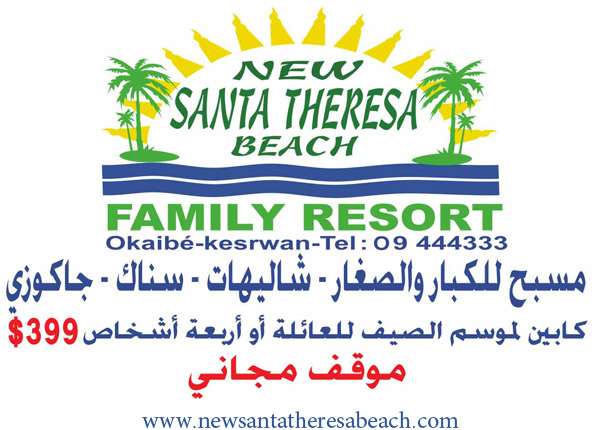 Date: Friday, June 01, 2012By: Daily StarSource:The Daily Star
BEIRUT: On the occasion of World No Tobacco Day, the Health Ministry launched a multimedia campaign Thursday to usher in the final phase of the law which, come September, will ban smoking in all public places.
The first phase of the law, which was passed by Parliament last August, is already in effect and banned smoking in all public places, except for the hospitality sector. It also banned the selling of tobacco to minors and required “No Smoking” signs in public buildings.
Phase two, introduced on March 3, banned the advertising and sponsorship of all tobacco products, logos and brands, and outlawed the production or importation of any product designed to look like cigarettes or smoking paraphernalia, such as sweets and candies aimed at children.
The final phase, which comes into effect Sept. 3, will also ban smoking at all restaurants, bars, clubs, cafes, theaters and hotels (save for 20 percent of rooms), to be accompanied…
Post a Comment
Read more 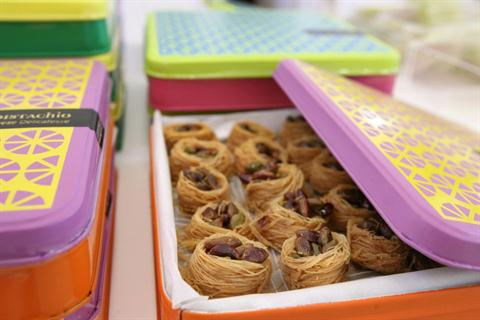 Mixing tradition with modernityDate: Friday, June 01, 2012By: Alex TaylorSource:The Daily Star
More Articles, [click here] BEIRUT: Though Lebanon is full of artisans – from embroiders and carpenters to glass blowers – and has exported top designers around the world, there is rarely an opportunity to see firsthand the collaboration between the two groups. The House of Today, launched Tuesday in Beirut, is a new, artisanal platform that brings together traditional craftsmen and more than 30 contemporary designers, including Lebanese successes Rabih Keyrouz and Bernard Khoury, to “explore the combination between art, craft and design.” The founder and creative director of House of Today, Cherine Magrabi, believes that Lebanon’s artisans need to be better promoted and protected.
“Everywhere else in the world, the artisans are sacred – they’re well-kept and preserved by their governments, but in Lebanon that’s not the case,” says Magrabi, who has scoured villages and tow…
Post a Comment
Read more 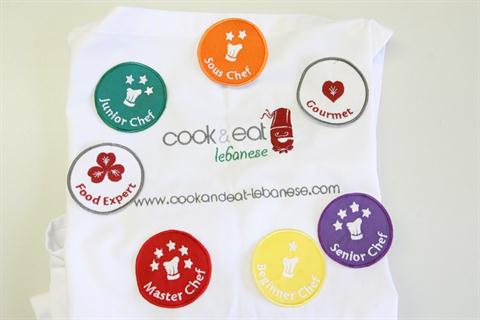 
BEIRUT: Sitting in a minimalist but comfortable conference room in Hamra, Hussam Kayyal, a serial entrepreneur with a background in the telecommunications industry, explains the idea behind his latest project – “Cook and Eat Lebanese.”
“We are pursuing a holistic approach to Lebanese cuisine,” enthuses Kayyal. “The website is a portal providing a platform for people to connect using Lebanese food as the vehicle for expression and bringing people together.”
Cookandeat-lebanese.com is a comprehensive website offering connoisseurs of Lebanese cuisine the opportunity to submit and share recipes, as well as locate Lebanese restaurants and markets selling Lebanese produce – whether they are in Lebanon, America, Australia, the United Kingdom or even Mali.
Since the website went live in November 2011, it has attracted over 4,000 regular visitors in 140 countries. The majority of those w…
Post a Comment
Read more 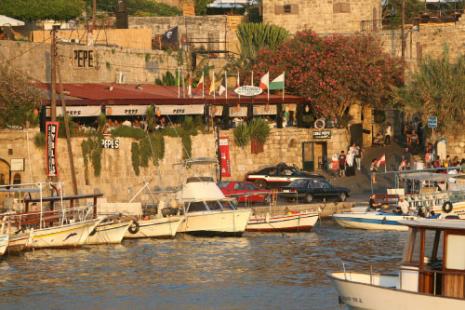 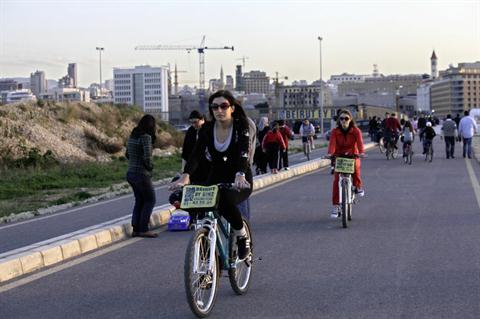 Date: Thursday, May 31, 2012
By: Stephen Dockery
Source: The Daily Star
BEIRUT: A winding bikeway and a secluded path on Beirut’s reclaimed coastal land is proving to be a haven for bikers and pedestrians in a city where space and privacy are scarce.
In sight of the sea, groups of young people make their way down the paved bike and walking path, while just below curved concrete barriers is a pedestrian-only walkway by the water’s edge where couples can enjoy a private moment next to the sea spray and the sound of crashing waves.
On almost any evening of the week the area is bustling with bikers and walkers taking in the sea breeze and enjoying time away from the bustle of the city.
Doaa Mohammad says that, in contrast to the often chaotic streets of the city, the biking area is a peaceful escape.

“It is a very wide and very relaxing place,” says Mohammad, while walking with her boyfriend.
Supplying the majority of the wheels is Bei…
Post a Comment
Read more 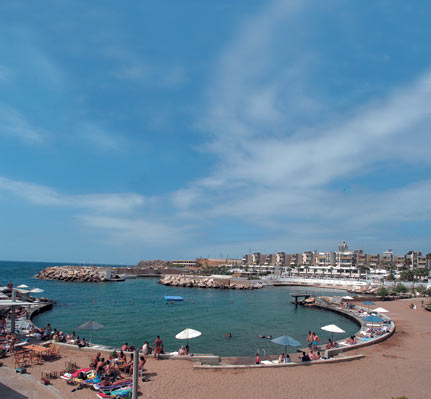 Accommodation
Las Salinas is a quality conscious beach resort that offers excellent service and outstanding facilities. Attention to details has been applied to every aspect of the resort, to ensure a relaxed, friendly and professional environment.
250 Chalets and 140 Cabins, all privately owned, but many available for rent. 50 one or two bedroom suites / chalets, air-conditioned and fully furnished. 10 Rooms, single and double beds, air-conditioned. 110 Cabins with individual showers. All these Chalets, Rooms and Cabins are available for rent on daily, monthly, seasonal or yearly bases. 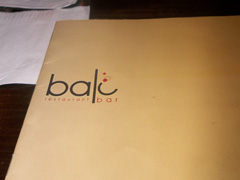 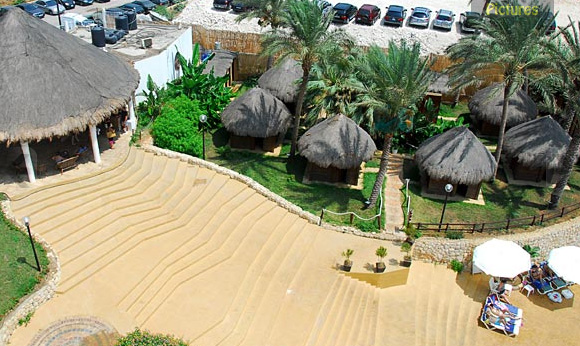 A beautiful resort located in the heart of Mount Lebanon, overlooking the majestic view of Jounieh Bay, just 40 minutes away from Beirut Airport. Come and enjoy our Pool bar, Beach bar, Snack, Bangalows Suites and Sea Food Restaurant and much much more. 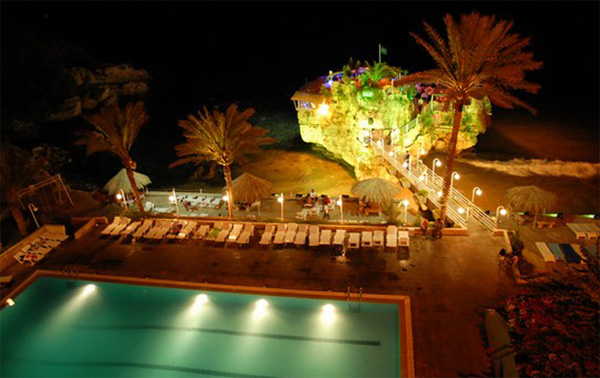