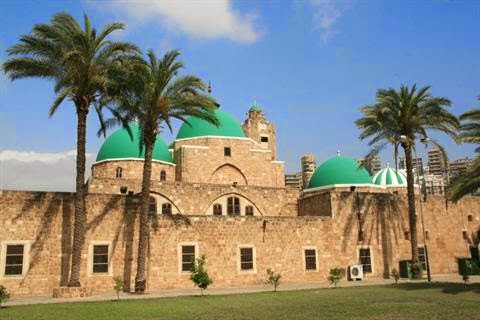 By: Venetia RaineySource:The Daily Star
TRIPOLI, Lebanon: Finally, after a long spell of cyclical clashes and seemingly never-ending violence, Tripoli is ready to receive visitors again. The souks are bustling, the soldiers are no longer posted inside the castle (just outside it), and the sound of snipers has been replaced with the thrum of life. Lebanon’s northern city has been in the news for all the wrong reasons recently, but everything that makes it such a glorious and rewarding city to visit is still there. Tripoli is utterly different from anywhere else in the country; from the Ottoman hammams to the Mamluk madrasas (religious schools) to the winding alleyways of shops, this is a real Arab city. But it’s not just the wealth of guidebook-worthy sites that make Tripoli worth the hour-and-a-half journey from Beirut, it’s also the famous sweets, the hidden bohemian cafes, and, of course, unassuming yet charming Mina, Tripoli’s quieter, little sister city.
NO. 1: THE CASTLEIs it Crus…
Post a Comment
Read more
More posts